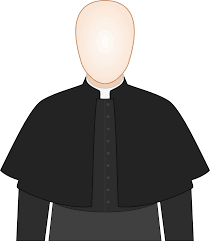 St. Stephen's Catholic Church started as a prayer centre under a  mango tree located at the Primary Health Care Center, Asase. Thereafter it metamorphosed into a church when a tent was constructed on February 22, 1998 to accommodate worshippers.

In July, 2002 there was a heavy down-pour which led to the collapse of the tent. The then church council under the chairmanship of Mr. Daniel Shiko resolved to move the Church to the permanent site owing to the increase in the number of worshippers.

In 2003, the church's population reduced following the establishment of another church at Uchonu named St. Francis Catholic church Uchonu. St. Stephen's Catholic Church was one of the most viable outstations in St. Mary's parish North Bank, under the then parish Priest Fr. Oliver Tarkende.  Fr. Oliver Tarkende deemed it fit that the church should have a building other than a mere tent and so he erected a building worth worshipping inside. St. Stephen's Catholic Church progressed geometrically and in 2008 after the transfer of Rev Fr. Oliver Tarkende, Fr. Stephen Beba came. With the zeal the church had, Fr. Stephen Beba suggested that the Church should be considered for an independent mission under the chairmanship of Hon. Abraham Tamenor.

On the 7th of February, 2016 His Lordship Most Rev. Wilfred Chikpa Anagbe after due consideration confirmed St. Stephen's as an independent mission with St. Francis Catholic Church Uchonu as a Viable outstation. Rev. Fr. Roland Onuekwusi, CMF was the first priest in charge from February 2016 to January, 2017 and he succeeded in building an extension to the church meant for Adoration Chapel, Sacristy and an office for priest. He also bought a piece of land for the mission to build a Father's house and foundation laying ceremony was organized in that regard. In January,2017 another vibrant priest Father (Dr.) Patrick E. Ekeogu was posted to the mission. Out of his relentless efforts he has laid the foundation for the Father's House and as well sunk a borehole to be used by the parishioners and the community at large.