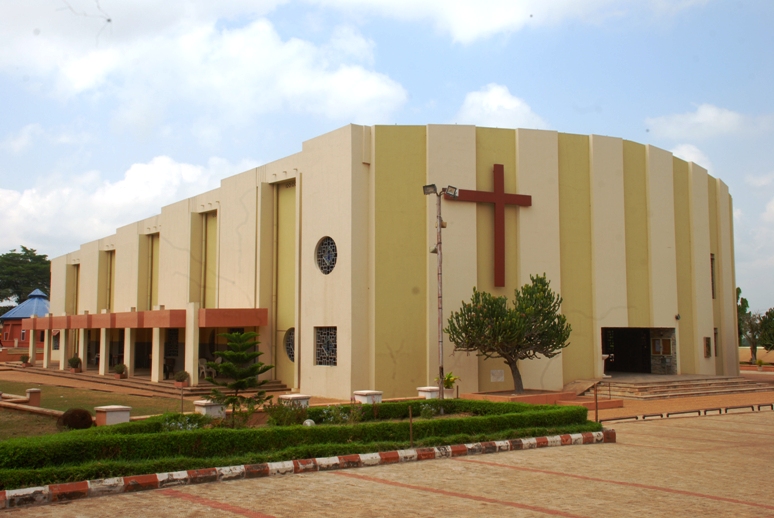 About Our Lady of Perpetual Help Cathedral, Makurdi

Records show that the first group of Missionaries, made up of mainly German Holy Ghost Fathers and brothers arrived Makurdi by train from Enugu on 30th October 1930 and built the Holy Ghost Church, which later served as the sent of the bishop.

In March 1979, the Cathedral was moved from Holy Ghost Church by His Lordship, Most Revd Donald Murray then Bishop of Makurdi Diocese, to its present location at Our Lady of Perpetual Help.

Father J.V. Taylor, CSSP who later became the first Administrator of the Cathedral was the priest assigned the task of building the new Cathedral.

Taylor CSSP celebrated first Mass in July, 1979, which was held at the south eastern corner of the land under a Carpenter's shed, thatched with palm leaves. About 27 Catholics attended the inaugural mass.

The Bishop later excised the four smaller churches from Ikpayongo Parish namely: Tionsha, Nyiman, Kighir and Ujamatyu, and merged them with Cathedral to become a full-fledged Parish at the end of December, 1980.  The new Cathedral was completed and commissioned on 2nd November, 1982.

The Cathedral since its establishment in 1982 has been administered by eleven Administrators as shown below.