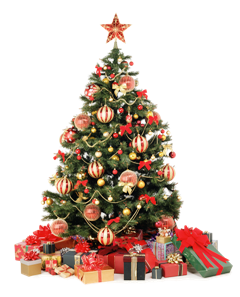 The attention of the Makurdi Catholic Diocesan Laity Council has been drawn to recently trending social media mischievous hate, outright falsehood, blatant lies and unwarranted muckraking on the person and office of the Catholic Bishop of Makurdi diocese His Excellency Most Rev Dr Wilfred Chikpa Anagbe CMF by hired e-rats, social media urchins and bigoted Young people intended to malign the person and office of the Catholic Bishop.
The courage, frequency and ferocity with which these urchins churn out this calculated falsehood is mind boggling. It is following a particular pattern and we are disturbed that if an official rebuttal is not done, even well meaning people will begin to buy into these lies manufactured from the pit of hell to demean the office and person of a visionary servant of God, a workaholic Chief Shepherd, a vibrant administrator, an incorruptible Cleric who has etched his footprints indelibly on the sands of time within the short period of his Episcopacy in the diocese of Makurdi.
For the sake of those who must be truly miffed at the calculated smear campaign against the person and office of the Bishop of Makurdi diocese, we wish to state as follows;
1. The Catholic Bishop of Makurdi diocese His Excellency Most Rev Dr Wilfred Chikpa Anagbe CMF is not under the custody of the EFCC nor any other Security agency in Nigeria for that matter.
2. The Catholic Bishop has not been quizzed, has never been accosted, invited nor questioned on any issue by any Security agency since his ordination to the Episcopacy.
3. The Catholic Bishop of Makurdi diocese is faithfully discharging activities relating to his vocation as a Priest and Bishop. Recently, on December 7, 2022, he gave a beautiful homily at the Requiem Mass for the burial of the former Vicar General of the Catholic diocese of Makurdi Most Rev Fr Michael Murphy CSSp at the Cathedral Church of Our Lady of Perpetual help Makurdi. He had to travel abroad on Official engagement the next day.
4. As at today, the Bishop is in the United States on scheduled Official engagements on behalf of the Catholic Church. No person under the Custody of Security agencies is permitted to travel abroad. This is cheap propaganda and those peddling it should stop please.
5. Another Infantile mischief is to the effect that diocesan facilities are stoking cash for God knows what purpose. This is a wicked lie. Diocesan Funds are managed by a Diocesan Finance Director who is a Priest. The diocese has not and will not avail its facilities for Politicians to store any Monies. Politicians know where to store their sleaze funds and the Bishops house can never appeal to any Politician.
The leadership of the Catholic Laity Council of Nigeria CLCN, Makurdi diocese has activated the process to smoke out holders of the social media platforms involved in these dastard and heinous crime to account for their wicked acts. We appeal to Young people, media e-rats, yokels etc who are carrying out this smear campaign and promotion of hate to end this mischievous act, repent, and atone for the damage they have inflicted on the office and person of the Catholic Bishop and inadvertently the Catholic diocese of Makurdi.we cannot stand aside and clap for those who go all out to destroy the Catholic Church in the name of Politics. For the avoidance of doubt, the Laity Council of Makurdi diocese will ensure that Security agencies move in and get everyone involved to receive commensurate and fair justice to serve as a deterrence to those who may be interested in joining the fray..
Going forward, we shall not only outrightly take on fabricators of these lies but also those who help in spreading it, even if innocently as the law is very clear on the sanctions to be meted to perpetrators. We call on Catholics to avail themselves of the channels of verifying information so as not to be caught in the web of innocently spreading malicious propaganda fabricated by demented yokels. Enough is Enough.